History To Go – The Evolution of the Fast Food Restaurant 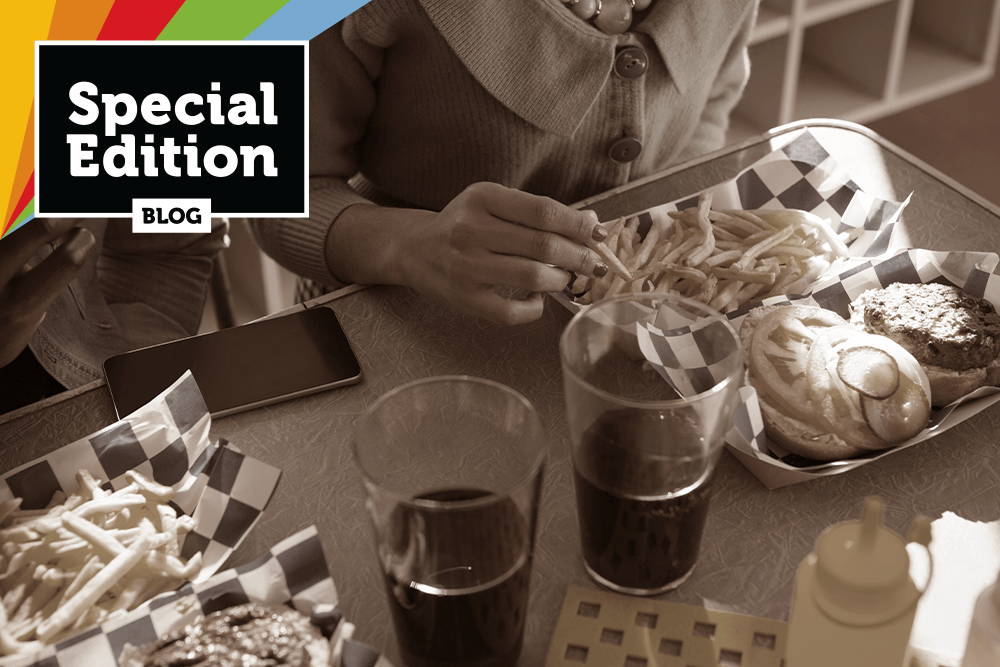 Here’s some little-known trivia for all the “fast foodies” out there. While the Greeks might dispute this claim, the first archeological evidence of a fast-food establishment dates back to ancient Roman times, more than 2,000 years ago.

Lacking kitchens in their multi-story apartments, a growing population of city dwellers would buy prepared food from food counters called “thermopoleums”. Perfectly preserved food kiosks have been unearthed from the ash of ancient Pompeii, complete with signage indicating a menu that included duck, goat, and snails.

On the other side of the world, all-night noodle stands in China can be traced to the 2nd Century, during the Han Dynasty.

While we weren’t the first to invent the concept of fast food, North America is commonly regarded as the birthplace of the modern franchised fast-food industry.

The first hamburger chain? You may be surprised to learn that distinction goes to White Castle. Established in 1916 in Wichita, Kansas, White Castle opened multiple locations in 1921. They came up with the idea of a restaurant where customers could see their burgers being cooked in front of their eyes to prove their care and attention to cleanliness (this was also reflected in the restaurant’s white walls).

McDonald’s opened its first restaurant in 1948 by the McDonald Brothers. Yet it was Ray Kroc who convinced the brothers to franchise in 1955, eventually buying the McDonalds out and turning the restaurant into the world’s most valuable franchise – with 36,525 restaurants worldwide. (If you haven’t seen it, the movie “The Founder” starring Michael Keaton as Kroc is a must-see).

Kentucky Fried Chicken dates back to the 1930s when Harlan Sanders began serving his chicken at a gas station. He worked on refining his recipe, opening his first restaurant in 1952. Meanwhile, Burger King began life as Insta-Burger King in 1953 in Jacksonville, Florida.

A Texas restaurant chain called The Pig Stand gained attention for its drive-in concept in 1921. Customers would pull up in their automobiles and be greeted by “car hops”. These servers took orders and brought food to the parked vehicles on trays that clipped to the car window. In future years, customers would come to see carhops on roller skates in a bid to improve delivery speed.

Much like the debate over the birthplace of hockey in Canada, there are competing claims for the title of the first drive-through. Many say the distinction belongs to Red’s Giant Hamburg in Springfield Missouri in 1947.

In-N-Out Burger revolutionized the concept of a drive-through in 1948 when it allowed customers to order from their car using an intercom system. The 100 sq. ft. restaurant was surrounded by a circular driveway. Inside, five cooks prepared the meals. There was no seating inside.

Wendy’s has been credited with pioneering the modern drive-through window in 1970, after opening its first location in Columbus, Ohio the year prior. What set Wendy’s approach apart was the addition of a dedicated grill for drive-through orders.

Evolving with our Changing Tastes

Today, the evolution continues, with the advent of touch screen ordering and app-based ordering and pickup. There has been a renaissance in new fast-food concepts, with popular chains from Asia and Europe establishing a beachhead into the North American market.

What’s next on the menu when it comes to the evolution of the quick-service restaurant industry? Only time, and a constant hunger for something new and more convenient, will tell.