How A Single-Use Plastics Ban Could Affect Canadian Convenience Stores 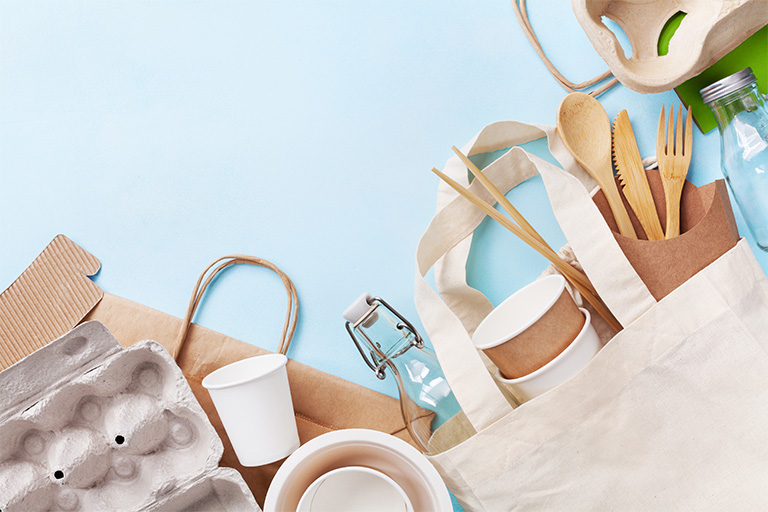 On June 10, 2019, the Government of Canada announced a plan to ban single-use plastics in this country by 2021. Prime Minister Justin Trudeau said it is a dire crisis that requires action.

“You’ve all heard the stories and seen the photos,” he said. “To be honest, as a dad it is tough trying to explain this to my kids. How do you explain dead whales washing up on beaches across the world, their stomachs jam-packed with plastic bags? “How do I tell them that against all odds, you will find plastic at the very deepest point in the Pacific Ocean?”

The government announcement did not provide a detailed list of banned items. Trudeau indicated this would be forthcoming, based on scientific evidence. However, the Prime Minister did give examples of items in their sites: including several that would directly impact Canadian convenience stores.

When a heartbreaking video of a sea turtle with a plastic straw in its nose went viral in 2015, it became a rallying point for a ban on single-use plastics. Starbucks and several other companies soon announced they would no longer be carrying plastic straws. It is a trend that does not appear to be waning.

In Canada alone, it is estimated close to 50 million straws are used daily. Whether a ban goes through or not, c-store owners would be wise to start looking at options: including paper, bamboo, biodegradable silicone and other materials.

While cups were not specifically mentioned, all of these other items were listed by Trudeau as likely item to be banned – all of which figure quiet prominently in the average c-store operation. It is predicted there would be pressure to include polystyrene cups and plates as well.

Paper cups and plates are a logical option, as are wooden stir sticks. Products made of palm leaves and sugarcane exist. Companies around the world have even developed biodegradable, organic alternatives (some of which are edible).

It has been speculated that plastic sandwich bags and plastic wrap could be included in a ban. This may affect how fresh items such as sandwiches are packaged. Disposable plastic and Styrofoam packaging may also be in the crosshairs of any ban. Expect to see paper and cardboard packaging pick up the slack.

Up to 15 billion plastic bags are used in Canada each year. Many leading retailers have been charging customers for plastic bags for years (although most consumers shrug and pay the nickel). An outright ban would require consumers to change their mindset, and keep reusable bags handy. C-store may have to keep a supply in stock (a potential new revenue stream!)

The ocean is literally littered with plastic bottles. Organizations such as Greenpeace are calling for the phaseout of throwaway plastics – including disposable bottles. Water bottles, in particular, raise the ire of activists, as alternatives are easily available. Yet these bottles are easily recyclable.

While it is unclear what Canada would do, in the European Union, the focus is on increasing recycling more bottles vs. a ban – with a target of recycling 90% of plastic bottles by 2025. In Canada, it is estimated 65 million water bottles end up in landfills each year.

If you suppose the shift will be gradual, think again.

Their goal is to source 100% of all guest packaging from renewable and/or recycled materials. Two restaurants in Vancouver and London (ON) will serve as the testing ground for these packaging and recycling initiatives.

“Our Green Concept Restaurants are an exciting new innovation as part of our on-going sustainable journey,” says John Betts, President, and CEO at McDonald’s Canada.

“They are an example of how we’re able to use our scale for good and keep raising the bar on what it means to be a responsible company committed to people and the planet.”

According to James Downham, President, and CEO, PAC Packaging Consortium, when category leaders such McDonald’s spearhead change, you can be sure the shift will be felt across the industry as packaging companies jump to respond.

“We’re in a game-changing moment as industries across the planet evolve to offer consumers more sustainable packaging options. It’s incredible to see leading organizations such as McDonald’s lead the way to catalyze this change by trying new, innovative solutions to operate more sustainably and tend to our planet.”

An issue worth following

At this point, the Canadian plastic ban is merely a policy announcement. With a Federal election coming in the fall, it is difficult to say if it will be enacted into legislation.

Regardless, consumers are increasingly choosing to support businesses that operate in an environmentally responsible manner. With juggernauts like McDonald’s staking their future on sustainability, the onus will be on the convenience store industry and its suppliers to adapt. [Read more about working with Convenience Stores]